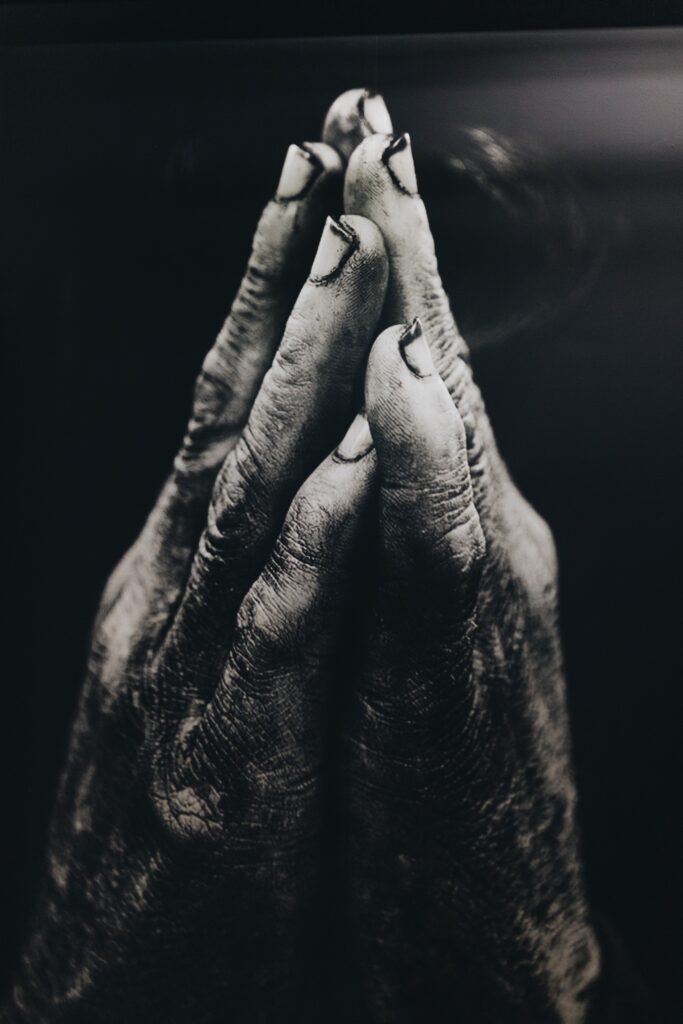 EDITOR’S NOTE: Larry Hobbs is a guide and trainer for the School of Lost Borders and the founder of the 4-H Rites of Passage Program. He is a wildlife biologist and has conducted research on whales, dolphins, polar bears, and seals in many parts of the world. Larry now leads ecotours worldwide, focusing most recently on the Antarctic, the Arctic, Baja California, and Alaska. He has been publishing his research on truly systemic sustainability for the human species in scientific journals for over a decade. He is also a professional photographer and a retired psychotherapist. Larry lives in the Cascade Mountains of Washington.

I think I have told you, but if I have not, you must have understood, that a man who has a vision is not able to use the power of it until after he has performed the vision on earth for the people to see.

In May of 1999, I got a call from a dear friend of mine who had lost his 16-year-old daughter in a tragic electrical accident in their home in southern England. This man, Sir Wally Herbert, is probably the greatest polar explorer of all time, and we had spent a lot of time together in both the Arctic and the Antarctic. We often talked about conquering the Third Pole (the “inner pole,” since he had conquered the North and the South Poles already).

Wally knew that I, like him, was searching for purpose and meaning in life. I knew that spirit must be involved, but I wasn’t interested in being an American Indian wannabe, and I felt that traditional religions had lost the sinew and guts that I was seeking in a spiritual life.

In his quest for healing from the devastation of his daughter’s horrible and seemingly senseless death, Wally found himself doing a traditional rite of passage deep in the southwestern deserts at the School of Lost Borders with founders Stephen Foster and Meredith Little. He told me that I must come there, that I must meet Stephen, and that Stephen must meet me.

Because Wally knew me so well, I totally trusted his summons, called Stephen that day, and found myself two weeks later in the California desert claiming for myself, for the first time in my life, that I was an adult man. I was initiated by the forces of nature during a 4-day and -night fast spent alone in the wilderness with only a tarp, a sleeping bag, and 4 gallons of water. When I returned from this time alone, my story was heard and reflected back to me, and I was pronounced initiated into adulthood by a council of elders. I was 53 years old at that time.

The transition into adulthood, though relatively short, was not easy. It involved, among other things, a divorce; extremely difficult times with my daughter; and a wrenching move away from friends, community, and support so that I could live in Big Pine and train as a guide with Stephen and Meredith. A practice that evolved during this time was an annual fast on the land — each fast being a rite of passage, that is, a death from one way of being or life stage followed by a rebirth into a new life.

In preparation for these rites of passage, it was essential that I come up with (1) a clear statement of where I was in the inner and outer world and (2) an intention statement that encompassed who I had always most deeply been but had not yet manifested in the world. Intention, as I understand it, is very different from wish-fulfillment. Intention, as used here, is a statement of that which is most deeply true and must emerge at this particular time in one’s life.

What I find most incredible about intention is that it is made up only of words — yet those words can transform one’s life. Obviously, the words are only pointers toward what is most deeply true within oneself. Just as the map is not the territory, the words are not the intention. For both myself and for those who come to rites of passage ceremonies, getting through the vast jungle of wants, desires, and hopes to a clear statement of intention is a daunting task. We ask people to begin their intention statement with the words: “I am …” We insist on this formula, because the intention statement is about who they are most deeply at this time, not about who they have been or want to be.

We sometimes invite initiates, in framing their intention statement, to metaphorically walk with us over a hilly plain to the precipitous edge of a deep canyon. During our walk on the plain, we explore together the various aspects of their lives: family history, relationships, work, dreams, connection to spirit, relationship to their physicality, fears, and shadow. Then we ask them to jump off the cliff into the canyon and immediately press them to put words to what bubbled up within them at that request: what is most deeply true at that moment; what has always been true; what is being called forth to manifest in their life. When the initiate speaks the words of true intention, everyone listening knows and feels their rightness and truth. I am astounded each time I witness participants in a rite of passage ceremony plumb their depths, struggle with their demons and desires, and reemerge from the canyon knowing what they must now manifest in the world.

In preparation for my rite of passage at age 58, the word “elderhood” kept coming to mind. I had a thousand reasons why I was not ready to become an elder: not old enough, not wise enough, not experienced enough. The list went on ad nauseam.

All my attempted evasions proved fruitless, and so I went out to the wilderness to claim my elderhood, knowing absolutely nothing about what that meant, except that it would require of me a responsibility for the beings on the planet that I was not sure I was willing or able to accept.

Shortly after I returned from the wilderness and while my understanding and embrace of elderhood was still gestating within my being, a desire to bring rites of passage to the young people within the mainstream of American culture took shape. I had no idea how this might happen. I only knew that somehow elderhood required it of me. Within weeks, an old friend, colleague, and fellow educational consultant contacted me; she had recently retired as Assistant Superintendent of Schools in an urban school district and was now working with the 4-H organization in King County, Washington. When I mentioned this crazy “calling” to her, she responded without hesitation, “Let’s do this within the 4-H clubs of Washington State.

Enactment of an Elder Vision

Rites of passage, as we practice them with youth at The School of Lost Borders, involve a three-day preparation for a three-day and three-night fast alone in the wilderness. When we presented this to the risk management people of Washington State 4H, their jaws dropped, their eyes rolled back, and they could not believe we were actually asking to do this with “the children.” However, with my friend’s diplomatic skills, the School’s 30-year history which included no serious accidents working with youth, and my growing knowledge of the rite of passage ceremony, they decided that the benefits outweighed the risks.

Teaming with another guide friend, we began training volunteer adult leaders as rite of passage guides. Each year a new challenge presented itself, and each challenge brought us new people to meet that challenge. There were setbacks and countless times when I felt the fledgling program would disintegrate. Yet each time that it seemed completely hopeless, I would be reminded by myself or others of the responsibilities I had claimed in my elder initiation. Then someone (another “angel”) would show up and move us through another impasse.

After a few years of training future guides and struggling to find appropriate youth for the program, a young woman who taught at an outdoor program within a city school system attended one of our trainings. (Not knowing she would learn this ceremony experientially, by going through it personally, she had arrived with her notebook, ready to take notes in a class setting.) She was so moved by her own rite of passage that, through tireless perseverance, she manage to convince her own school distinct to adopt the program. Another woman did the same at the private international school she worked at. We have now trained over 50 adult leaders, and the program should be available nationally within another year. Administration within 4H has gone from county to county, and each time new and dedicated people have contributed their time and expertise to making sure this program flourishes.

Initiation into elderhood and living as an initiated elder has taught me some critically important lessons that directly mirror the phases of initiation itself: severance, threshold, and reincorporation.

As initiates and creative, energized citizens, we must sever from our home and from what is familiar in the outer world. We must jump off the cliff into the inner world of truth where we will find our intention, the deep and abiding reason for enduring an initiation ceremony or entering into a life worth living.

Having severed from the past in both mind and body, it is essential that we spend time alone (preferably in the wilderness) without the trappings of society: no food, no shelter, and no company (the threshold time). This time alone gives us the spaciousness to find and confront the demons of fear that guard the gateway to a new position in life and the actions worthy of our deepest self. Solitude creates the possibility of emergent transformation. 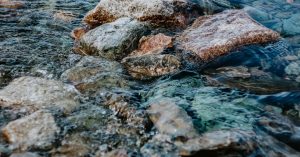 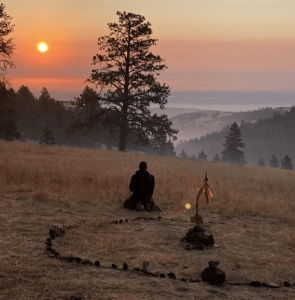 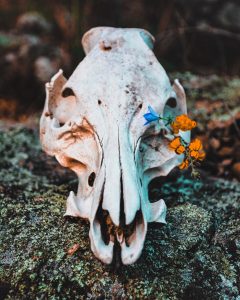