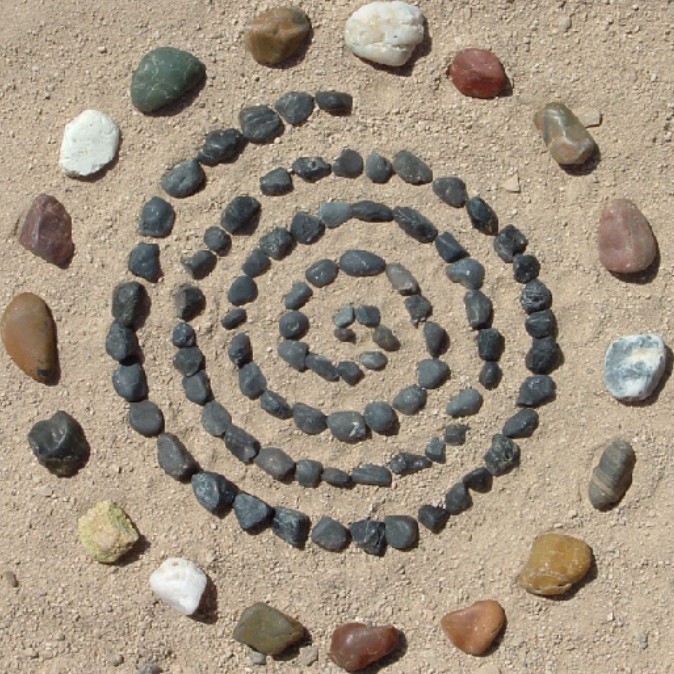 The Four Shields of Wholeness

If there was a measure of “mental health,” it would involve the ability of individuals to grow into the fullness of each season–that is, the ability to fully become, or enact, the contents of each shield.

Summer’s child (of any age) was hurt or never quite grew up and has turned away from the fall passage of inwardness and feeling. The winter shield is undernourished and the other shields are also affected. the child is given over to tantrums, anxiety, fear, hypertension, hysteria, jealousy, violence, sexuality, cheap thrills, greed, game-playing, attention seeking, manipulation, parasitism, gluttony, irresponsibility, materialism, etc. Self and Self-serving have become all important. Without the modern conveniences of the technological cage, and the goods and services on which (s) he is dependent, (s) he is at the mercy of the environment, and incapable of acting appropriately of self-reliantly in the face of crisis.

The FALL SHIELD of such persons would be capable of deep introspection would crave solitude in the psycho sphere, feel deeply and empathetically, love self, possess a conscience, and dream the dreams of the sacred ancestors. Such persons would be severed from their childhood. Having internalized their mother and father through rites of initiation, they would have adopted a greater mother and father. They would be people of inner character and possess a soul.

The adolescent (of any age) has fallen into the quicksand of feelings, and is depressed much of the time, a helpless victim, deeply wounded by love, assailed by doubt, addicted to guilt, narcissistic or suicidal, a rebel without a cause, beset by troubling dreams and self-consciousness, unable to kindle up a spark of creative insight, seemingly incapable of loving him/herself, and probably having difficulties integrating the anima or animus. Repeated efforts to extricate him/her from the black hole for any length of time results in full or partial failure. The opposite shield ( spring) is undernourished and the adjacent shields are sucked into a psychological maw where everything is felt and nothing is resolved.

The WINTER SHIELD would be capable of mature judgment, self-control, appropriate action, marriage, parenting, working, with a strong sense of community and family. Actions would be in tune with the mind of nature as evidenced by the natural laws with which self cooperated. Social behavior would be marked by responsibility, diplomacy, foresight, and tact. The biggest concern would be for the welfare of the children.

The adult is frozen into the roles, poses, an attitude, values and myths of adulthood, and rarely shows any other face. He/she is overworked, absorbed in the role of mother or father, unmoved by sex, unable to play, over rational, lost in thought, caught up in dogma, formality, abstraction, cynicism, duty-cold as an icicle. Work of relationship related stress is held in like steam in a pressure cooker. A facade of respectability, responsibility, untouchability, capability, is coldly maintained. The self avoids the dark shield by turning feeling into mental process, profession, or routine. The little boy of little girl of the summer shield is undernourished, unacknowledged, and unseen.

The SPRING SHIELD would be imaginative, creative, inventive, spiritual, and capable of awe and reverence. All life would be seen as holy, sacred and saturated with signs of spirit. The springs of inspiration and regeneration would flow through every event. The experience of nature would include the mystical and non-ordinary.

All is sweetness and light. The earth is always smothered in wildflowers. The sun is always coming up and never going down. The butterfly flits from flower to flower, sky dancing, review past lives, astral projecting, channeling, altering consciousness, shamanic journeying, consulting crystal balls, swept up in pie-in-the-sky dreaming. The feet dangle inches above terra firma. Who cares for the things of this world when the riches of the invisible world call like sirens? The opposite west shield, the dark soul is undernourished. The exaggerated spring shield is protecting itself from the dark, which hurts its far seeing eyes. The innocent summer shield, the child has been drawn into a fascinated alliance with angelic beings and refuses to learn or grow up. The adult shield, its rationality sublimed away by the light, lacks self-control or real work to do. Healing must take place in the opposite fall shield. The illuminated one must face the darkness behind the light. 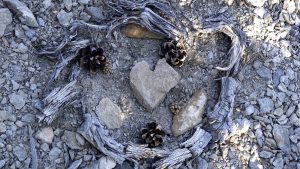 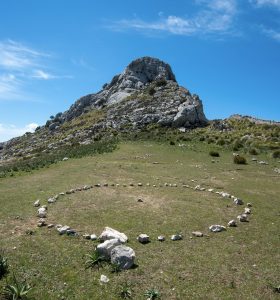