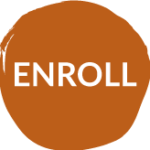 We have a sliding scale for our programs in an effort to make them accessible. Please pay what you are able and know that your generosity supports the affordability of all our programs. If you need financial support or a payment plan check out our scholarship fund.

This deposit signifies your commitment to the program and is deducted from the tuition balance. This is a non-refundable, non-transferable deposit that is required for enrollment.

Once you have paid the program deposit, please fill out and submit the enrollment form below. After your enrollment form is complete, please submit all health and liability forms.

One Spot left as of January 2022. An initial zoom meeting took place on December 12, 2021 in order to prepare for, and seed, our first in person gathering in March. Dates for later zoom councils will then be set by the group in future gatherings. Logistical information will be sent to registered participants and discussed in video calls.

You will be responsible for bringing your own food and equipment, though we can provide some gear if needed. We ask everyone to come prepared to live self-sufficiently. You will need to bring shelter and clothing suitable for a full range of inclement weather.

To address safety concerns during the pandemic, please contact us regarding our current Coronavirus protocols as well as any current travel restrictions. These protocols may affect how you are able to travel to the program. Please note: As of November 2021, unvaccinated international travelers are not currently permitted entry to the USA as per current CDC Guidelines.

All participants must submit the required health questionnaire and liability form.

If you have questions about the enrollment process contact us at [email protected] or call 760-938-3333.

There is no required reading for this program.

This 18-month immersion will be held in various locations including Death Valley, CA, Southern Colorado, and New Mexico. Tüpippüh (also known as Death Valley) is home of the Timbisha people and is the name of their ancestral and contemporary homeland. Miners came to this area in 1849 and the Timbisha’s land was stolen to create Death Valley National Monument in 1933. The Timbisha were allotted a 40 acre reservation in the park and also forced onto other reservations and into towns in the area. Dragonback Springs is land of the Tabeguache Ute people and other Indigenous tribes who traveled through this area of the Colorado Rockies. The Ute lived and hunted in this abundant land of elk, buffalo, deer, and bear before white settlers came and forced them onto reservations in southwest Colorado and Utah. The Ghost Ranch was once Ancestral Puebloan territory. The Tewa Pueblo, Apache, Navajo and Ute peoples lived on and traveled through these lands for thousands of years. In 1766, the land was granted to a Spanish conquistador. Spanish rule in these lands consisted of unspeakable horrors and loss for Native Peoples. They were forced onto reservations by the US army as it took control of New Mexico in the mid 1800's. Cochiti Lake is ancestral and contemporary lands of the Cochiti Pueblo people. The Cochiti people are thought to be descended from the Ancestral Puebloans. They settled in this area around 1250AD. Life under Spanish rule was harsh with endless mandatory tributes, the banning of traditional religious practices, slavery, and false imprisonment. The Cochiti participated in the Pueblo revolts of 1680. Afterward, they fled to their present-day village. In 1696, the Spanish came back and completely destroyed the pueblo.

To learn more about our commitment to regenerative relationships please visit Cultural Relations.